The Department of Environment and Natural Resources (DENR) celebrates the inclusion of Boracay Island in the Time Magazine’s 50 World’s Greatest Places of 2022.

DENR OIC Secretary Ernesto D. Adobo Jr. said the recognition from the award-winning publication is a testament to the success of the Boracay Island rehabilitation under the Duterte administration.

“We are very happy and honored that the authoritative Time Magazine included the Philippines’ island paradise, Boracay Island, in its prestigious list and dubbed it as a ‘paradise reborn.’ This shows that the work we have done has borne fruit. Thanks to the political will of former President Rodrigo Roa Duterte,” Adobo said.

Time Magazine’s July 25-August 1 issue compiled 50 “top spots to visit this year” from all over the world. The nominations came from the American news magazine’s network of correspondents and contributors.

“As of February 2022, international visitors can finally revel in this revamped, recuperated, natural playground after what was effectively a three-year convalescence,” read the Time feature article on the 50 extraordinary destinations to explore in 2022. 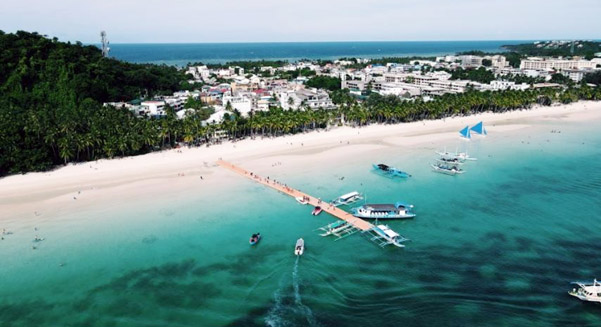 Former President Duterte on May 8, 2018 issued Executive Order (EO) No. 53, creating the Boracay Inter-Agency Task Force (BIATF) to “formulate, implement, and oversee policies, as well as strictly enforce national laws and local ordinances, to ensure the rehabilitation and ecological sustainability of the Boracay Island.”

Adobo, who was the former BIATF secretariat head, also attributed the success of the Boracay rehabilitation to the leadership of former DENR Secretary and BIATF chair Roy A. Cimatu, and co-chairs former Interior and Local Government Secretary Eduardo Año and former Tourism Secretary Bernadette Romulo-Puyat.

He also acknowledged the contribution of the Tourism Infrastructure and Enterprise Zone Authority, Philippine National Police, and other partner-stakeholders.

Adobo said that the Boracay Inter-Agency Rehabilitation Management Group, the implementing arm of the BIATF; the provincial government of Aklan, municipal government of Malay; and the residents of Boracay Island also contributed to the tourist destination’s recent recognition.

On June 16, 2022, the BIATF successfully held a culminating activity for the turnover of the Boracay Rehabilitation Program to the local governments of Aklan and Malay. 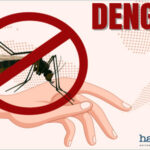