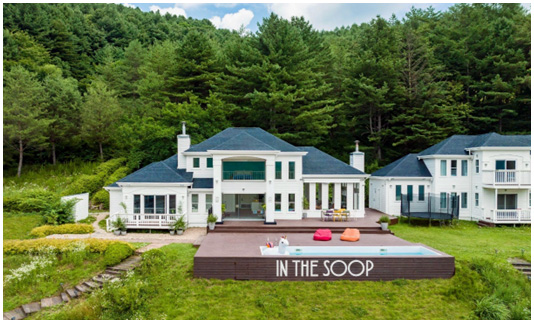 K-Pop fans rejoice! The expansive property where 21st-century pop icons BTS stayed during the filming of HYBE’s original content, IN THE SOOP BTS ver. Season 2, is now on Airbnb for an overnight stay for the first time ever. Guests will get the chance to find a moment of peace in the lush countryside of South Korea’s Gangwon region – just as the seven members did while enjoying everyday life and rest on the original content produced by HYBE.

During the second season of IN THE SOOP BTS, the band members experienced leisurely moments and reconnected with nature amidst their busy schedules. Guests will stay at the property, which is a part of a larger estate, and relive their favorite IN THE SOOP BTS moments, such as:

The one-night stay* on August 29 — a nod to the band’s seven members — will immerse two lucky guests in the various elements the K-pop group personally enjoyed during their time on property only a few months ago, including:

Guests can request to book this stay on Tuesday, August 2 from 11 AM KST (10 AM PHT) at airbnb.com/inthesoopbts. Guests are responsible for their own travel to and from Seoul, South Korea. Round trip car transportation will be provided for the 20-minute journey from KTX PyeongChang station to the IN THE SOOP BTS property.

While only one overnight stay will be offered, “geok jeong ma” — there will be an opportunity to check out the IN THE SOOP BTS property while staying at other listings near the property soon.

For those looking to discover similar stays surrounded by nature, Airbnb recently introduced a new way to search and discover homes through Airbnb Categories. With 200,000 countryside homes available around the globe, there are plenty of “in the soop” inspired getaways.

Those hoping to stay in the IN THE SOOP BTS ver. ‘Pyeongchang’ Filming Location should note that this stay’s rules require following applicable local rules and guidelines as well as Airbnb’s COVID-19 Safety Practices, which will include wearing a mask and practicing social distancing when required by local laws or guidelines. Staff will also comply with local rules and guidelines while on-site, and will abide by our five-step enhanced cleaning process.

Airbnb is closely monitoring Korea COVID-19 infection rates and government policies and will offer booking guests a US $1,000 Airbnb travel credit if Airbnb determines it is necessary to cancel the stay.

BTS, an acronym of Bangtan Sonyeondan or “Beyond the Scene,” are a GRAMMY-nominated South Korean boy band that has been capturing the hearts of millions of fans globally since their debut in June 2013. The members of BTS are RM, Jin, SUGA, j-hope, Jimin, V, and Jung Kook. Gaining recognition for their authentic and self-produced music, top-notch performances, and the way they interact with their fans, the band has established themselves as 21st century pop icons breaking countless world records.

While imparting a positive influence through activities such as the LOVE MYSELF campaign and the UN ‘Speak Yourself’ speech, the band has mobilized millions of fans across the world (named ARMY), collected six No.1 Billboard Hot 100 singles in a span of a year and just over a month, and performed multiple sold-out stadium shows across the world.

They were also named TIME’s Entertainer of the Year 2020. BTS were nominated two years in a row for Best Pop Duo/Group Performance at the 63rd and 64th GRAMMY Awards and have been recognized with numerous prestigious awards like the Billboard Music Awards, American Music Awards (Artist of the Year 2021) and MTV Video Music Awards. 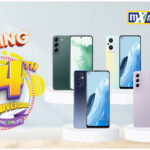